What fitness training app are you using?

A gym in Western Australia is so exclusive that it is only offered to 50 people at a time with its wealthy patrons happy to shell out big bucks.

An Australian gym is so exclusive that it’s only offered to 50 members at a time – and they’re willing to fork out big bucks just to be a part of it.

Chris Wilson, 33, is the man behind the upscale gym Chris Wilson Fitness Studio, based in Nedlands, an affluent western suburb of Perth.

While he has only been operating the elite studio for six months, it is already becoming a huge success, attracting some of the richest people in the country.

“It got so quick,” Chris told news.com.au

“I think because a lot of people don’t travel, the focus has shifted to health and wellness and people are willing to spend a lot more money on their health.”

Chris, who has worked as a personal trainer with the Welsh rugby team, has spent years planning how he could create a space so unique that it will have a lasting impact on the community.

Its goal was to develop a one-stop destination for everything related to health, wellness and fitness.

He charges $ 579 per week for his platinum membership option which includes dining at upscale Perth restaurants, free coffee, and access to body composition scans.

He admitted that at first he was concerned that people would want to spend that much on the package.

“But it’s been very popular and it’s good value for money,” he said.

“It also includes three one-on-one sessions which can cost $ 300 on its own and on top of that they have access to unlimited classes at the gym.”

Those with Platinum Membership also have access to the premium Bodyscape Yoga Studio run by Chris’s partner Rosanna Susanto, with discounted massages and facials and use of ‘top of the line’ saunas. range”.

Chris said his vision is to create a “complete lifestyle” package and not just a “gym”, but one that is as exclusive as possible.

The facilities and offerings are also part of the reason it attracts an affluent clientele and although the 33-year-old said he cannot reveal the names of its members, they include prominent men from Perth businesses, from mining bosses, hoteliers to real estate developers.

“Most of them are mining CEOs or own hotels or more than 20 restaurants,” he said.

“They are all super disciplined people. They never cancel a session, they are always on time and ready to wait and they also have to leave to the minute.

“I’m really respectful of their time and they respect me because I’m also quite private and don’t mind their business. I know they’re millions of rich and billionaires, but we treat everyone equally at the gym – and I think that’s what they like.

Chris said the reason his gym only sees 50 people at a time is to make sure all nine coaches have enough time to help clients achieve their fitness goals.

He said what also sets his gym apart from the rest are all the extra quality touches like fresh towels, crisp presentation, and ensuring the gym is always well organized.

So much so that it perfectly aligns the weights after each use.

“Having only 50 people makes it nice and that means we can also keep control of our members,” he said.

The only thing you won’t find in his gym are the mirrors. Chris said it could often serve as a distraction so he decided to go without.

When it comes to the equipment, Chris admitted that he took the machines a step further, with some imported from the United States as well.

Members also have the option of silver and gold packages that cost $ 100 and $ 49 per week, but it only offers limited services and no personal training sessions.

Chris said he was extremely touched by how far the gym has come in such a short time, adding that he took a big risk by opening up during the Covid pandemic.

“I am very humble and grateful not only to be able to continue to function during these times, but I am very grateful to all members of the community for supporting me and supporting my idea,” he told news .com.au

Chris, who has just become a dad for the first time, said he had to dig deep into his pocket to bring his dream to life and is grateful that it was a huge success.

“I did everything on my own from scratch – I’ve been in this business for nine years and just saved it, built it, and threw it all in. ”

Chris, who left the UK for Australia in 2012, will also open a boxing-style gym next month.

It will also have a cap of 50 members, with platinum members also having access to both the gym and the yoga studio.

Next Prime members save 20% on the Weider Power Tower

Best home fitness equipment to get back in shape

The new fitness equipment store in Bettendorf is now open

Is Debt Consolidation Harming Your Credit? What do you want to know 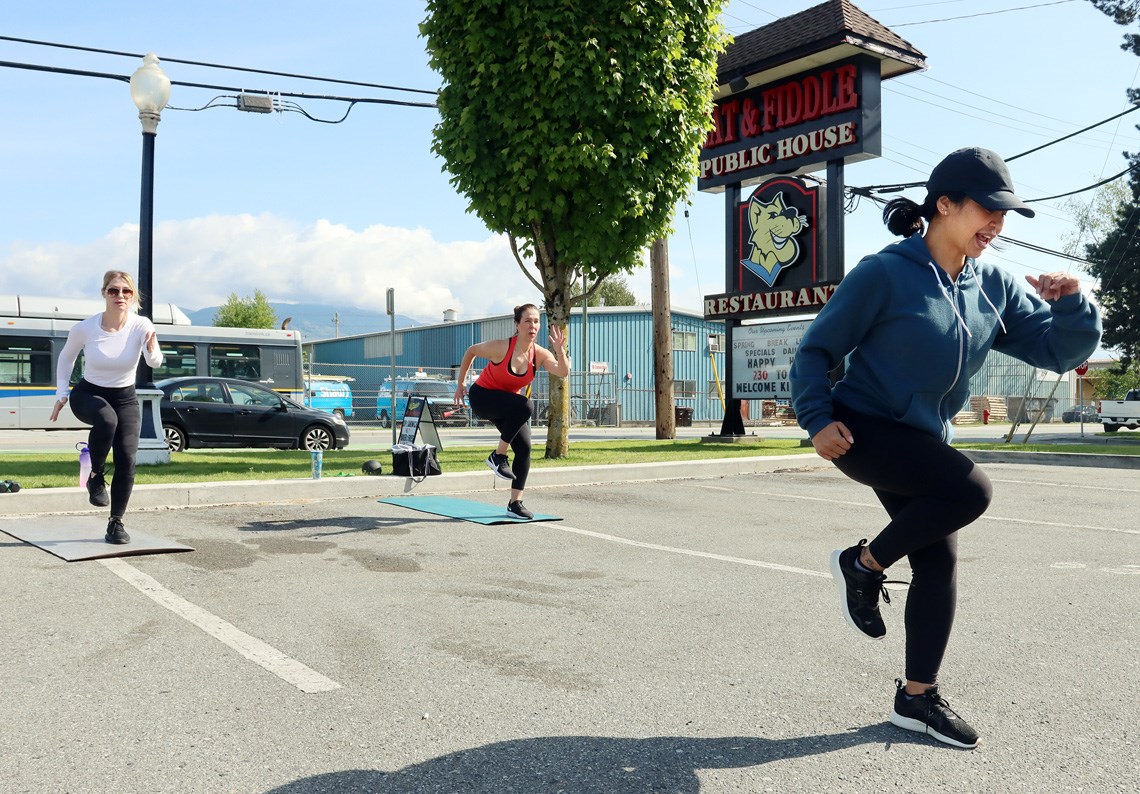